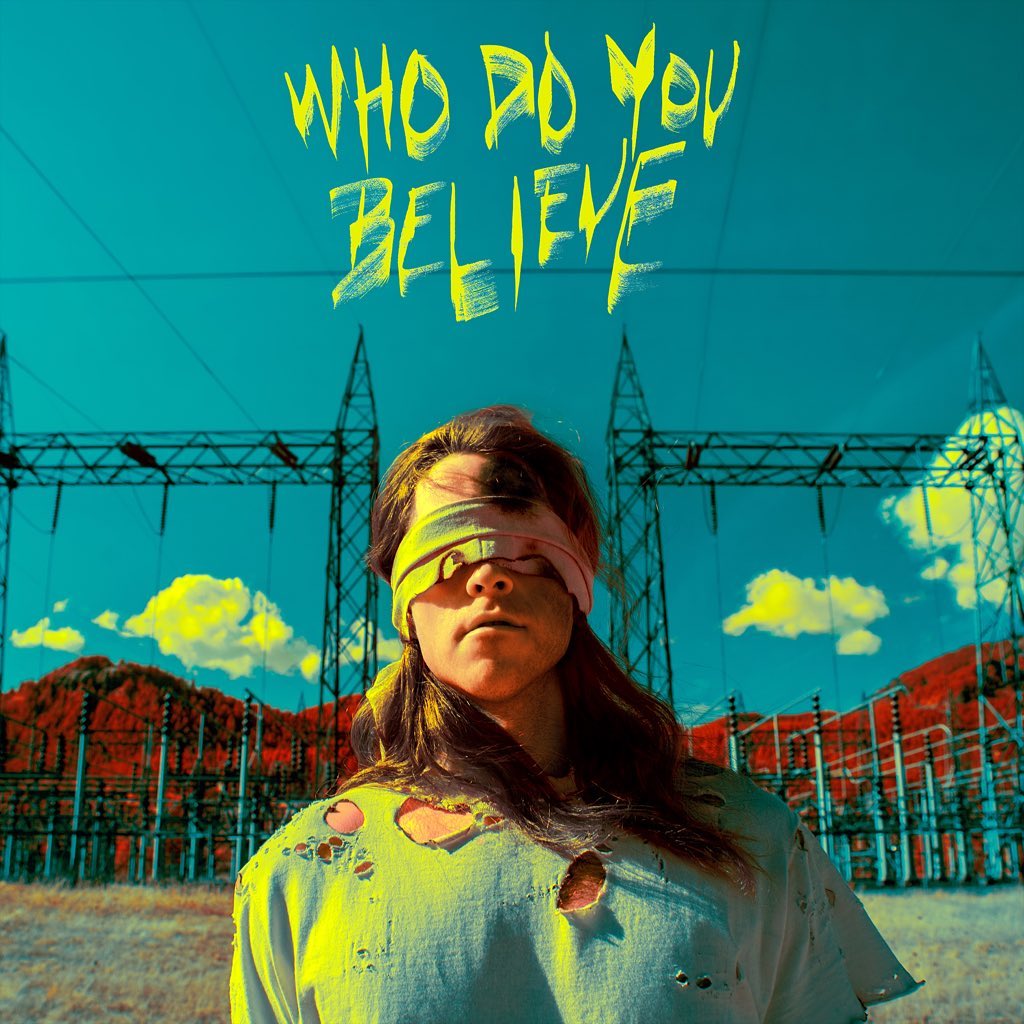 Today, Big Wild releases “Who Do You Believe” (Counter Records), a brand new single in which he captures the hysteria of false narratives, misinformation and biased agendas disseminated by mass media during an unparalleled, divisive point in history. In both the song and its striking music video, Stell envisions a future in which we leave blind faith behind and build a culture driven by individual critical thought, bereft of propagated falsehoods and indoctrination.

Listen to “Who Do You Believe”: https://bigwild.lnk.to/wdyb

To accompany the electric single, Big Wild revealed a bold visual, societal commentary in tandem, centered around the crucial pursuit of truth amid polarization and partisanship.

Watch the official “Who Do You Believe” music video, in which Stell himself makes a cameo, and please consider supporting the Brennan Center for Justice, a nonpartisan law and policy institute which strives to uphold the values of democracy by reforming, revitalizing, and where necessary, defending the American people’s systems of justice, for all.

“So much news is colored with opinion and spin that it’s difficult to find the truth,” Big Wild says. “Not only that, it’s often more comfortable for us to find an opinion that lines up with what we already tend towards in order to validate our view of the world. The convenience of blind faith, and therefore lack of critical thought, puts the responsibility of what’s true on the power of opinionated and amplified voices.”

On the music video, filmed under a strict set of COVID safety protocols, director Erin Galey adds, “The video asks us to consider who’s creating the narrative in today’s world, and whether we can (or should) attempt to control one another’s experiences or thoughts. I hope this piece inspires viewers towards open-minded discussions with their community, and maybe even a new community outside their comfort zone.”